We have 7 red flags to look out for when you’re trying to find a reputable designer. It’s scary to spend money on a professional when there’s no guarantee you’ll be happy with their work. Many of these tips can be seen before you put down a deposit. Use them to help you navigate the waters.

If a designer you’re working with struggles with communication, there’s a pretty good chance they’ll struggle right from the start. If you send an email/text/leave a message and it takes them three weeks to respond, it’s a designer red flag. This is a good sign your designer will routinely go radio silent throughout the duration of your project. This not only makes even simple projects take longer than necessary, but is also frustrating to the client. A solid, reputable designer should respond to your inquiry within one business day. If you’re feeling generous, allow two business days to account for busy meeting days or illness.

Designer Red Flag Two: They Can’t Give You a Quote

If their policy is, I can’t tell you how much this costs until it’s done… move on. A reputable designer has a pricing structure set in stone and is able give a quote for how much the project will cost. They’ll either offer flat fees per project (all logos cost $X) or hourly rates ($X/hr until the project is completed) to give you an idea of how much to expect.

Signing up for an open-ended project gives room for the designer to waste your time and money with add-ons you don’t need or want and arbitrary prices for intangibles (such as time). It’s good business to be transparent with your clients so they know what to expect, and follow through on your promises. Be wary of the designer who wants to surprise you with a bill at the end of the project.

Designer Red Flag Three: They Can’t Give You a Timeline

Along the same lines, a designer who can’t give you a timeline for when to expect your project back is a major red flag. A laissez-faire attitude toward your projects shows a lack of commitment and discipline. With no “due date” in the books, there’s nothing stopping this designer from taking 12 weeks to get a logo back to you, or a full year to get a website to you. These designers are not typically malicious in intent, but do lack the discipline to be reliable with their assignments. Your money is better spent on someone with the dedication to give you a timeline and stick to it.

Even a longer-than-expected timeline is better than someone who says something vague like, “oh not too long,” or “yeah we’ll get to that as soon as we can.” A longer-than-expected timeline simply means they have other projects in queue they need to complete first. A vague timeline means, well, they’ll get to it when they get to it. You’re running a business, and shouldn’t have to pay someone to ‘get around to’ your projects.

Designer Red Flag Four: They Have a Thin Portfolio

A reputable designer has a robust portfolio. A thin portfolio or one that looks suspiciously like stock work is a designer red flag. This means they don’t have work under their belt they’re proud of. Inexperience isn’t necessarily the red flag, though. There are plenty of talented designers who are just starting out and need someone to give them a break, if you’re willing to be the one who gives them one. These designers will at least have projects from school they want to show off, and all of the work will be their own.

However, if they’re only making mild tweaks to files they found online and putting it on their portfolio, it probably means they don’t have work of their own they can show and are limited in their capabilities. Even worse? Not having a portfolio at all, or having one that’s “available upon request.” The hope is that a prospective client simply won’t ask to see previous work if you see these options come up, and that is always a designer red flag.

Take a look at your prospective designer’s portfolio. You already know you need to look at work they’ve done to make sure it’s original and, well, doesn’t suck. You also want to look for variation in their projects. If all you see is script fonts and flowers, you know this designer has one specific style and cannot or will not do anything else. If you’re looking for designs for your industrial construction company, you need a designer who can do other things. To quote the youths, ‘get you a (designer) who can do both.’

Another one-trick pony trend we see is someone who works strictly out of one program. Photoshop, in particular. If your designer only does work in one program, you’ll get your files in one specific format. Photoshop files cannot be embroidered, for instance. Somewhere down the line, you’ll need to hire another designer to ‘vectorize’ your design, which often leads to them remaking it from scratch. Save yourself the headache by finding a reputable designer who’s well-versed in the design programs needed to make your designs usable.

Designer Red Flag Six: Their Policies Protect Their Paycheck, Not Yours

This designer red flag is hard to spot until and unless you come across it. A search of reviews may highlight if this has been a problem in the past, though.

Say you order 300 business cards, but the print shop prints them crookedly. It’s not the designer’s fault, so they charge you for the re-print to protect their own wallet. Only, it wasn’t your fault, either. So why are you stuck with the bill? If you pay for a logo and hate it, the policy should not be, “Well, you’re stuck with it. It’ll cost x-amount more if you want revisions.”

We’re not saying it’s reasonable to expect your designer to eat every unexpected cost, no matter what. No one can make a living that way. But a reputable designer wants their clients to leave 100% satisfied with the services rendered. At the very least, they’ll meet you in the middle to ensure that you and your wallet are protected too, even if it digs into their profits a little bit. And, if it’s a mistake or oversight on their end, there absolutely should not be a penalty to the client.

This one is surprising to some and we explore this topic as an entire post here. The gist, though, is that a reputable designer will bring more to the table than just technical prowess. They will have industry insight and marketing expertise to give feedback and critiques on your ideas. If necessary, they’ll even give pushback if the design you want is not the design you need. Some designers become so afraid of “losing the sale” that they’ll do whatever the client asks, even if it’s not in the client’s best interest. A glorified Photoshop monkey is a designer red flag because you’re not taking advantage of everything they can offer. A reputable designer will use their education and experience to produce designs that serve you best.

It’s clear that there’s more to hiring a reputable designer than price or experience. These 7 red flags to look out for will help you choose one that’s talented and has your best interests at heart. If you need a designer who exhibits green flags for an enjoyable experience, you know where we are. 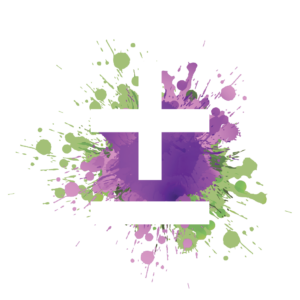 Rebrand is one of those dreaded words for companies. For some, it’s up there with recession, or even downsize. However,...

When Not to Delegate the Work

Delegating work is the only way successful companies are run. No one can do everything by themselves, and for their...

There are 4 key elements to the perfect client-designer relationship that leaves both parties happy with the project. As with...

Is A Premade Logo Good Enough for Your Business?

Considering a premade logo is a checkpoint many new business owners pass through. We understand the appeal. Premade logo generators...

A Good Graphic Designer Is Your Digital Stylist

A good graphic designer should be your digital hairdresser. Not only should they be able to make you (read: your...

Your Design is Only as Good as it is Readable

Any design is only as good as it is readable—and that’s a universal rule. Whether it’s a billboard, flier, or...